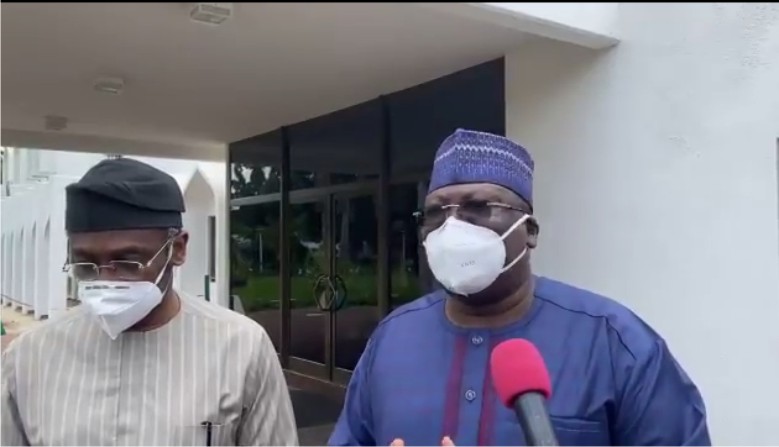 President Muhammadu Buhari on Sunday met with the leadership of the National Assembly over the ongoing protests against brutalities caused by the now-dissolved Special Anti-Robbery Squad (SARS).

Present at the meeting that held at the State House in Abuja were Senate President Ahmed Lawan and the Speaker of the House of Representatives, Femi Gbajabiamila.

Speaking to State House correspondents after the meeting, the Senate President told the protesters to give the government time to work on their other demands.

He said lamented that the protests which also involves blocking of roads will have an enormous economic impact on the country.