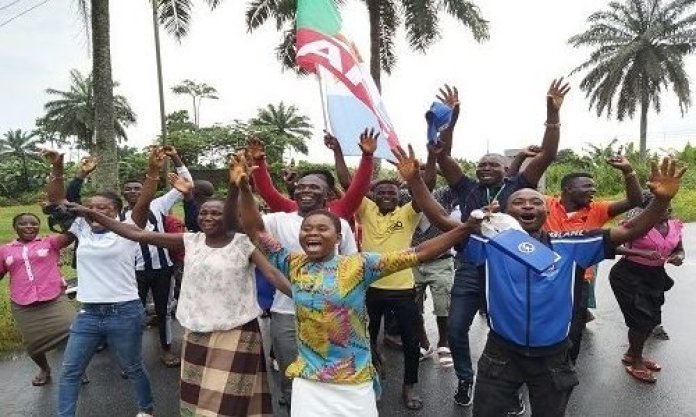 Kinsmen of former President Goodluck Jonathan in Kolo, Ogbia Local Government Area trooped out to celebrate the defeat of the Peoples Democratic Party (PDP) in Ward 9.

They took over the road leading to Ogbia Town immediately the results of the 13 units in Ward 9 were announced by electoral officials and APC was declared the winner of the ward.

Some of them flew the flag of APC while others used their brooms to sweep the road saying they had suffered under the current PDP government.

“We are happy because we won the PDP in all the units” one of them, who failed to mention his name out of excitement said.

Also in Eppie-Atissa in Yenagoa, residents took over the road jubilating over the defeat of the PDP in the area.