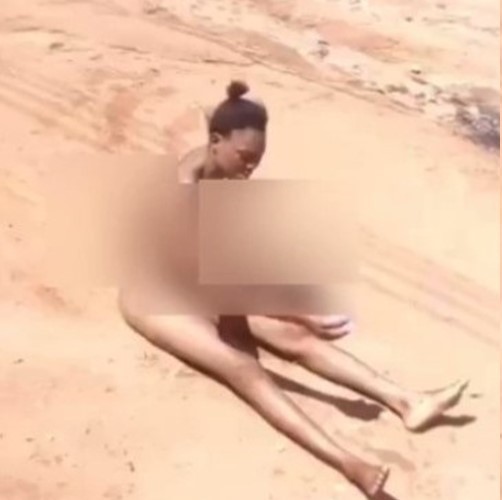 A jilted Ghanaian lady has taken to the street to openly lay curses on her ex-boyfriend whom she accused of dumping her after she had toiled with him for years.

In the video which has gone viral, the lady is seen as she stripes naked, drags her butt through the street and lay curses on the ex-boyfriend.

Though what caused the break-up was not revealed, the aggrieved lady’s anger stemmed from toiling for years with her ex-boyfriend and eventually getting dumped. She is heard saying that he will never be rich, never have children and never be happy in his life with the other woman.