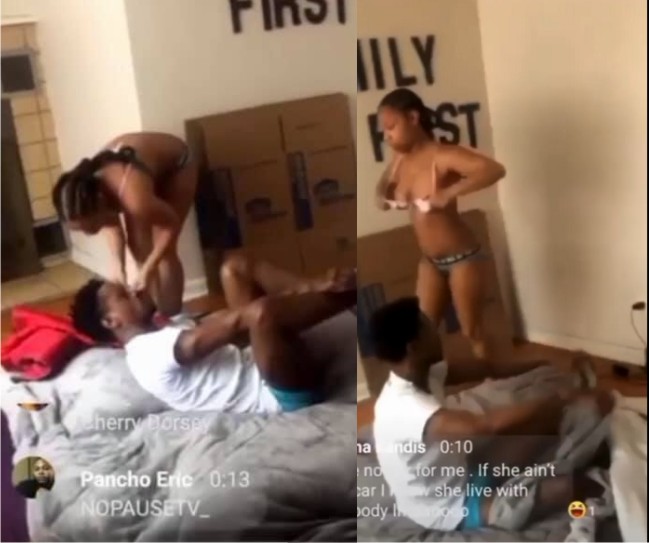 A young woman could not believe her sight when she arrived her apartment and caught her boyfriend red-handed sleeping with another woman in her own house.

In the video recorded live on Facebook, the man and the lady he was sleeping with were seen suddenly wearing their clothes as his girlfriend spoke in the background while filming them.

The distraught lady was heard saying she didn’t attack the woman she caught with her boyfriend because she doesn’t know her. She also made remarks of them having sex on the floor with her blanket.

She ended up throwing them out of the house which she revealed was her old apartment. Watch the video below.