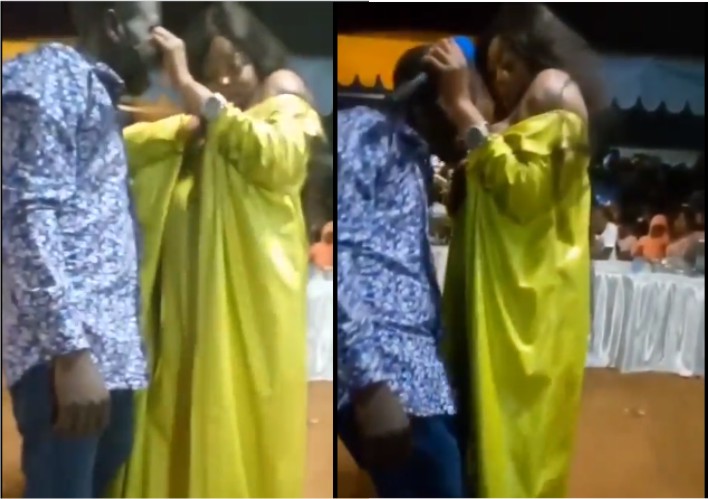 A video of a woman said to be a pastor has been shared online, showing how she allegedly uses her breasts for healing.

In the viral video, the alleged Ghanaian female Pastor is seen removing her breast from her bra and offering it to a man who eagerly grabbed and sucked it in the presence of a large congregation.

Although it is unclear if the woman is truly a pastor, however, the video which was posted on Twitter, suggested that she is.

The video was uploaded by a twitter user @gossipboyz11, was the caption: “A female Pastor in Ghana using her breast to heal her church members.”
Watch the video below.