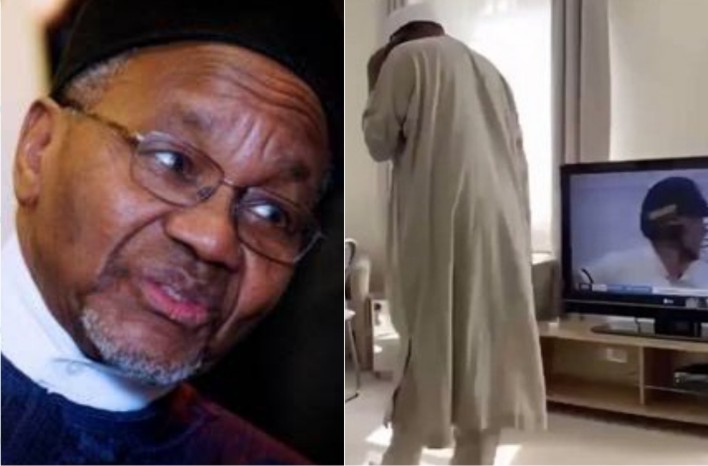 A video of Mamman Daura, President Muhammadu Buhari‘s nephew, has has been shared online to put an end to reports that he is ill.

In the video, Daura confirmed that he arrived United Kingdom safely and self isolating for 14 days as required by health protocols.

The UK mandates new arrivals from some countries, including Nigeria, to self-quarantine for 14 days.

There has been reports that Mamman Daura was rushed to the United Kingdom for urgent medical treatment following a health scare that may be related to Covid-19.

Speaking to ThisDay, Mohammed, one of Mamman Daura’s sons, revealed that his father is hale and healthy.

He also insisted his father does not have renal problems or breathing difficulties.

“For the past couple of days, we have been forced to deny numerous times a completely fabricated story about our father’s well-being.”

“Alhamdulillah. Baba is perfectly fine. He neither has a history of renal problems nor does he have any breathing difficulties like was suggested in the concocted news story,” Mohammed said.

Daura spoke with Buhari on in what appeared to be a private residence, and told the president he arrived safely.

The former journalists also expressed condolences on Wada Maida, another associate of the president who died on Monday.

Mamman Daura said: “We arrived safely, so we are in quarantine for now. Yes, unfortunately… that is it,”

“We have not spoken since Mallam Mada Waida (died). May Allah forgive him.”

He also said that a governor came to console him on the death of Isa Funtua, another confidant of the president who passed on a month ago.