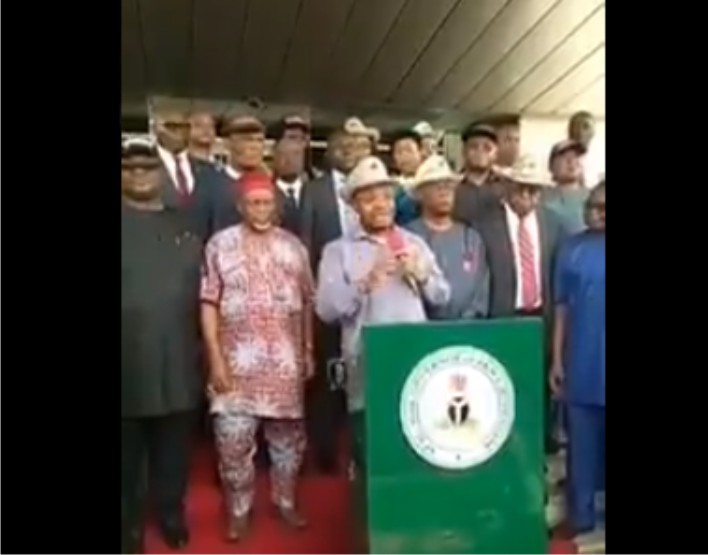 The Akwa Ibom State governor, Udom Emmenuel has accused the police of being responsible for the recent security crisis bedeviling the state.

While addressing the press in the state, the Governor narrated how the Commissioner of Police ordered the unconditional release of bandits who were caught with 18 Ak-47 in the state.

The Governor also accused the Federal Government of being nonchalant about the insecurity problems in the state despite series of calls the state Government has made directly for help.

He accused the police in the state of causing the recent chaos, holding the state under siege and deviating from their job of maintaining peace and order.

Recall that days ago, the State Commissioner of Police said the command has lost no fewer than 21 personnel, 9 vehicles, and 11 firearms in the series of attacks allegedly orchestrated by Indigenous People of Biafra (IPOB) and its Eastern Security Network (ESN).

The police commissioner disclosed this during a visit by governor Udom Emmanuel led members of his executive to the police headquarters to commiserate with them on the deaths of some operatives.