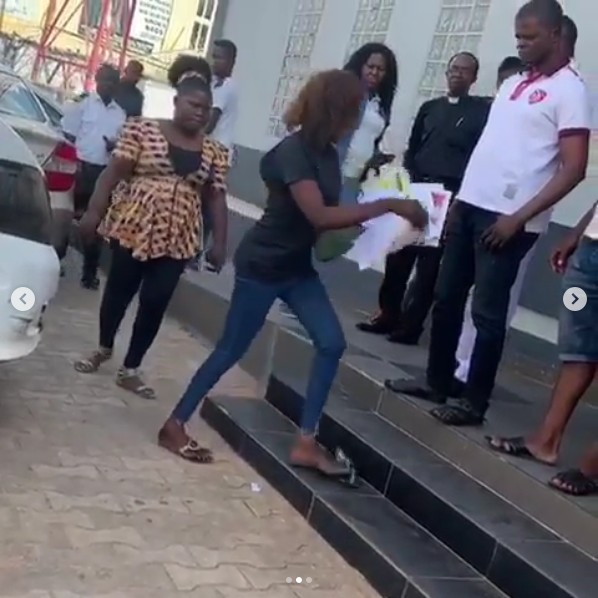 A video has surfaced online where a GTBank customer was seen being humiliated after she was thrown out of the banking hall.

According to an eyewitness, the incident happened on Friday, September, 13 about 3:31pm. The customer had reportedly provided consecutively the documents the bank requested but the management had not been able to solve her problem and instead tried to discard her.