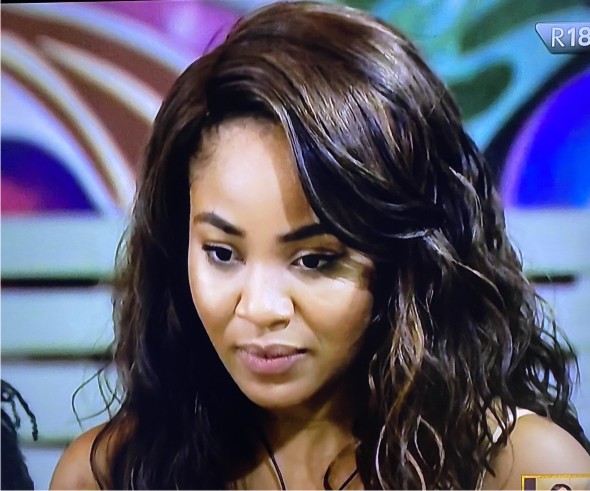 Viewers of the ongoing Big Brother Naija Reality TV show are anxiously waiting for the action Big Brother will take after Housemate Erica, who is also the current Head of House, had a tensed face-off with Laycon and Prince.

Erica, who is already on her second strike and last warning, flouted some House rules once more after the Saturday night party. Her tantrums had fans and viewers clamouring for her immediate disqualification.

She bagged one strike for whispering in the House and another for spending more time than required as a visitor in the HOH lounge, making her one strike away from disqualification.

Erica, after Saturday night party, confronted Laycon about his claims she tried to kiss him multiple times.

Laycon remained silent as Erica went off insulting him and made some derogatory remarks. Watch the video.

Not long after that, Erica went on on another confrontation with Prince, the Deputy Head of House. She refused to let Prince sleep on the bed and even poured water on his side of the bed to stop him from sleeping on the bed.

Now, what everyone wants to know is, “Will Big Brother disqualify Erica, today?”
Only Biggie will tell us.
But, you can see a paragraph of the House rules which is circulating online, as some viewer call on Biggie to disqualify her.