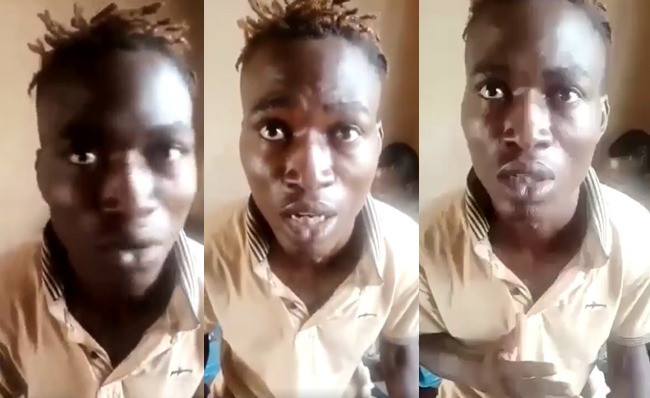 An arrested suspected fraudster also known as Yahoo boy, has recounted how he carried out his fraudulent activities.

In a trending video, the young man recounted how he uses the BVN on stolen SIM card to transfer money to an “untraceable” account. He said he looks for the bank code of the bank attached to the SIM card and then begins his operation.

On how he gets the BVN number, the suspect said he has a code he dials to access that on any sim card he lays his hands on.

Speaking in Yoruba, the suspect while being interrogated, said he uses the bank codes on any sim card that receives bank alerts to transfer money to another account which he has access.

He also mentioned that he takes loans from the empty salary banks accounts by using the sim cards to request loan from the owners’ bank.

Watch the video of him giving his account of how he carries out the crime below.