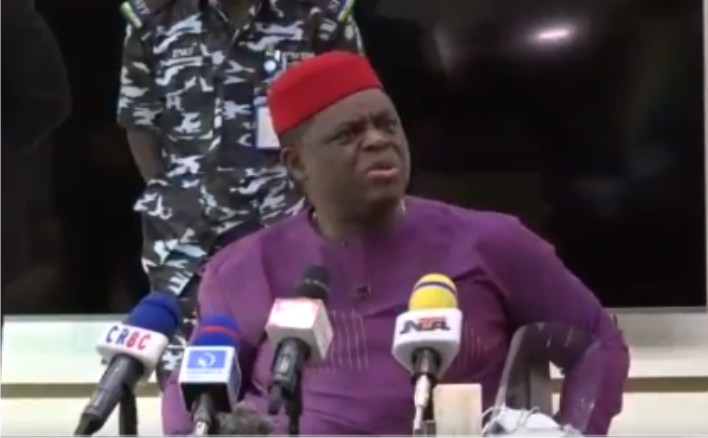 Former Minister of Aviation and chieftain of the Peoples Democratic Party (PDP), Femi Fani-Kayode lost his temper during a press conference when a journalist asked him a question he considered inappropriate.

During his over two minutes flare, FFK angrily described the journalist as very stupid for wanting to know who is financing his tour of the South-South states.

The journalist had asked, “Who is bankrolling your PR junkets these days?”

However, the former Minister felt insulted by the question and angrily talked back at the journalist, describing him as a stupid person who asked a stupid question.

Watch the video shared by activist Omoyele Sowore below.