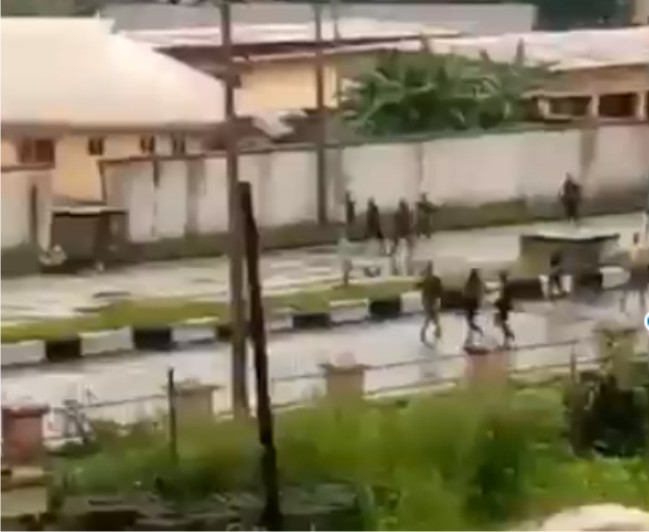 Residents of Owerri were once again thrown into panic this morning, many running for their lives when unknown gunmen took over different parts of the Imo State capital, shooting sporadically.

The police has confirmed that one person was killed during the attack as the gunmen made unsuccessful attempt at the police headquarters.

The Spokesman for the state Police Command, Bala Elkana, said, “Hoodlums masquerading as unknown gunmen attempted an attack on the Police Headquarters this morning but suffered a huge defeat. They made effort to access the Police Headquarters through Works Layout around Alvan Nursery and Primary School but were vehemently repelled. They came in a white Hummer bus. One of the hoodlums was killed during an exchange of fire and others were injured.”

See videos of the gunmen in different locations below.