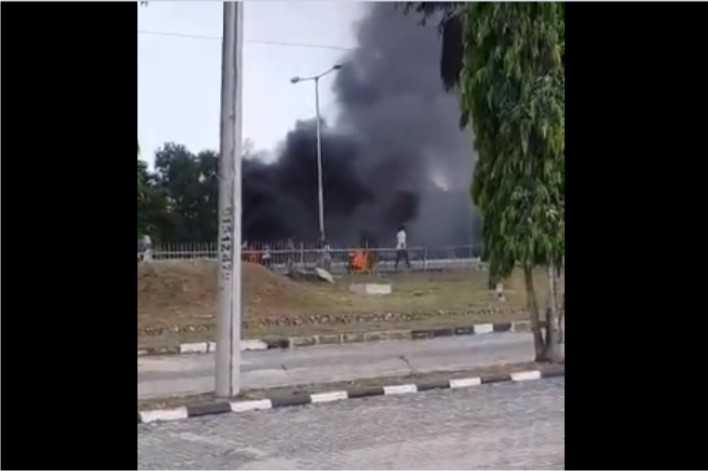 Residents of the area said some ‘bad boys’ who live in the area clashed with the police officers during the raid, thereby turning the exercise violent.

Several gunshots were fired, houses attacked, looted and set on fire, many injured. A lot of people were also arrested in the process.

Meanwhile, a Twitter user also took to the micro blogging platform to ‘give an insight’ into what happened at Ajah this morning. Read his tweets below.