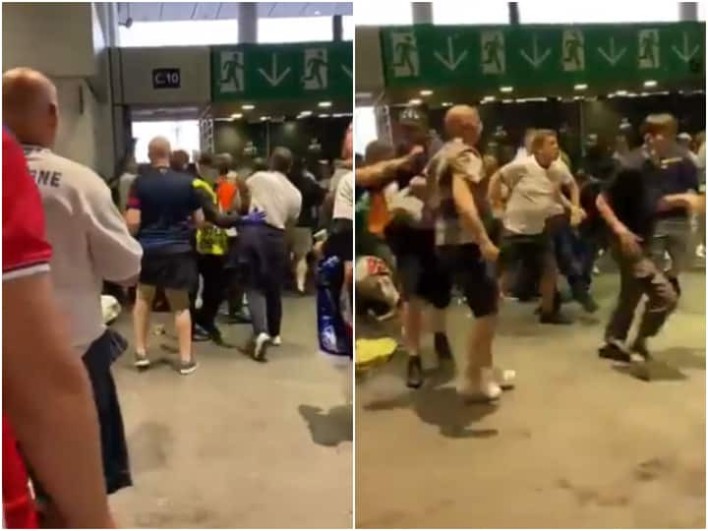 English fans got violent with Italian fans at Wembley Stadium after their team suffered a defeat in the hands of Italy at Euro 2020 final on Sunday night.

England stars, Marcus Rashford, Jordan Sancho, and Bukayo Saka missed from the spot as the Italian team won 3-2 in a penalty shoot-out after the final game ended in a 1-1 draw after extra time.

Shortly after the game, some English supporters who were angered by the loss attacked the Italian fans inside and outside the stadium. The angry fans also racially abused their Italian counterparts.