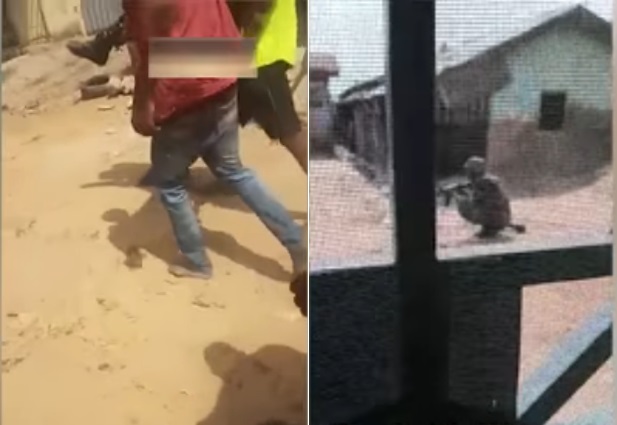 An unidentified Nigerian soldier has been caught on camera the moment he shot at an unarmed civilian in broad daylight.

In a video shared by The Punch, the shooting reportedly happened somewhere in Abuja, the federal capital territory.

The incident is coming up at the time the Nigerian government is yet to fully unravel the massacre that happened at the Lekki Toll Gate in Lagos State, Tuesday, October 20.

Despite video evidence proofs, the Nigerian military had denied involvement in the Lekki killing which was condemned locally and internationally.

In this new video now making the rounds, the Nigerian soldier fired shots at the unarmed civilian. It is not yet clear why the soldier shot the young man. However, you can watch the video below.