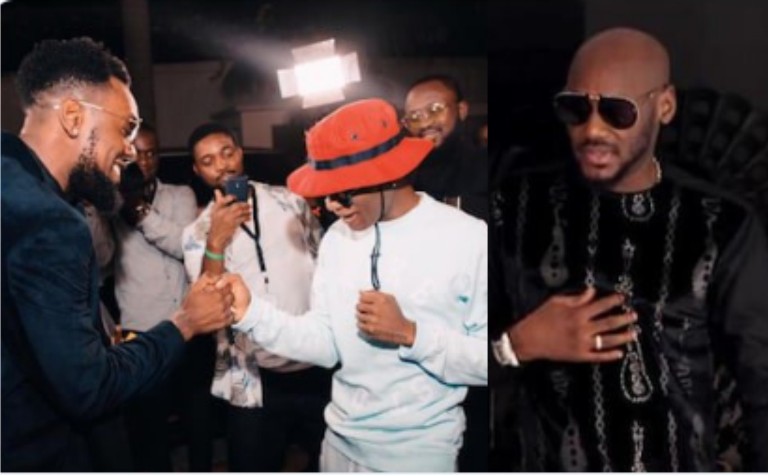 Many Nigerians are calling for the head of music Starboy, Wizkid because of the way he greeted Music Legend, 2face Idibia at Patoranking’s album listening party.

Dancehall artiste, Patoranking’s album listening party was held about two nights ago and many celebrity guests were in attendance including music moguls, 2Baba and Wizkid.

A new video that’s now circulating on the internet shows the moment the “Come Closer” singer came in contact with music icon, 2Baba and what transpired in the footage has caused a stir on Twitter.

In the video which is causing controversy, Wizkid is initially seen greeting 2Baba before he then heads on to acknowledge the man of the moment, Patoranking.

Seconds later, 2Baba is then seen extending his hands to shake Wizkid and it seems as though Wizkid neglected the hand shake for about two seconds before he then responded.

Watch the video below and tell us what you think in the comment section.