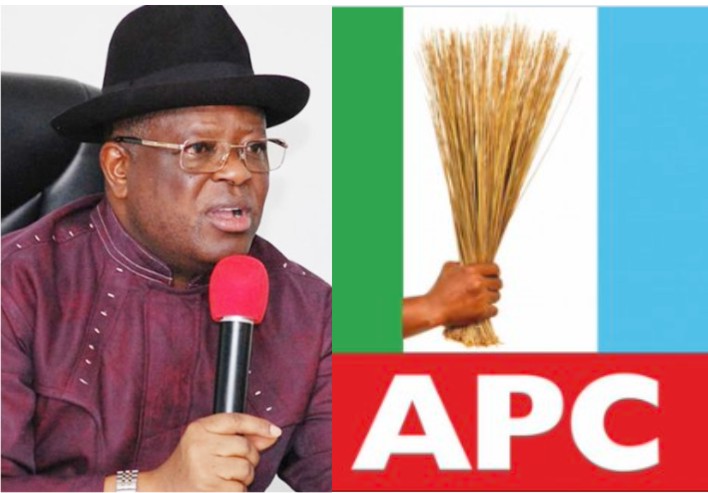 The All Progressives Congress (APC) has welcomed Governor Dave Umahi of Ebonyi state to the ruling party, declaring that the state is now for the APC.

For several day, there was speculations that the governor was set to dump the PDP. He later confirmed it while speaking to journalists in Abakaliki on the issue, saying he moved to the APC because of injustice the PDP metted out to the South East. Read more here.

“If you recall when I addressed you here a couple of months ago, I told you that the moment I resume office as the Imo State governor, that the impression and perception of our party in the Southeast will change and the resultant effect would be that more credible individuals and governors would even join the party.

“Today, I am being vindicated because we are hearing it and I am sure few hours from now we will get the confirmation that one of our best will be joining the party, and he is the Governor of Ebonyi State.

“Of course, I will be very glad and it will be my joy to welcome him, not only him we are still talking to more governors to join and APC is the ruling party and in the interest of national integration, Imo and the Southeast indeed need to become part of the ruling party to make the Nigerian project a complete project”, he had stated.