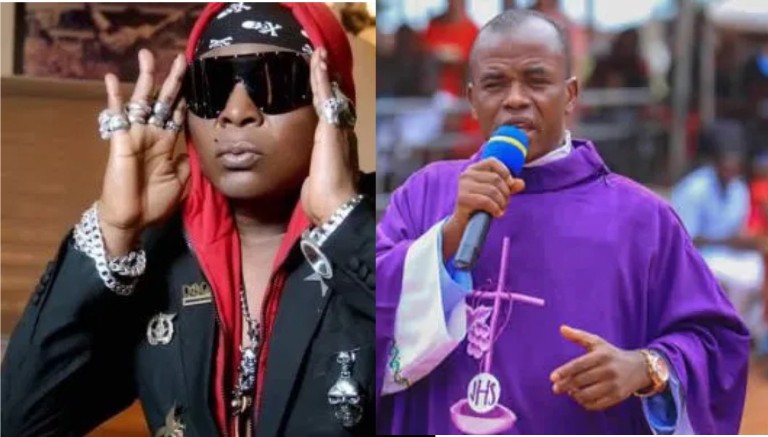 Fr Mbaka had stated, while releasing his 2020 prophesy, that the All Progressives Congress (APC) will take over Imo state in 2020.

Ihedioha who ran for governorship election on the platform of the People’s Democratic Party (PDP) is at the moment waiting to know his fate as the supreme court set to rule on the appeals against his election on 17th January, 2020.

In a video personally circulated online by Charly Boy, the 69 years old controversial entertainer, took Mbaka to the cleaners, calling his acclaimed prophetic message ”a piece of sh…t” while questioning the famous cleric’s genuineness as a prophet.

Charly Boy then wondered if the cleric is on a stimulant or being ”possessed by some wayo spirit or APC Islamic spirit”, that he had now turned his gaze on Governor Ihedioha.

While he apprises Mbaka that ”nobody dey listen to your fake prophecy any longer”, Charly Boy urges the popular priest to ”leave Imo people alone”.

”Leave Imo people alone. Imo State has been settled. Dem say na Ihedioha be dem own,” Charly Boy warns just as he encourages Ihedioha to focus on governance and at the same time exhorts him not to derail because ”if wayo enter dis thing, wallahi tallahi, you go see!”