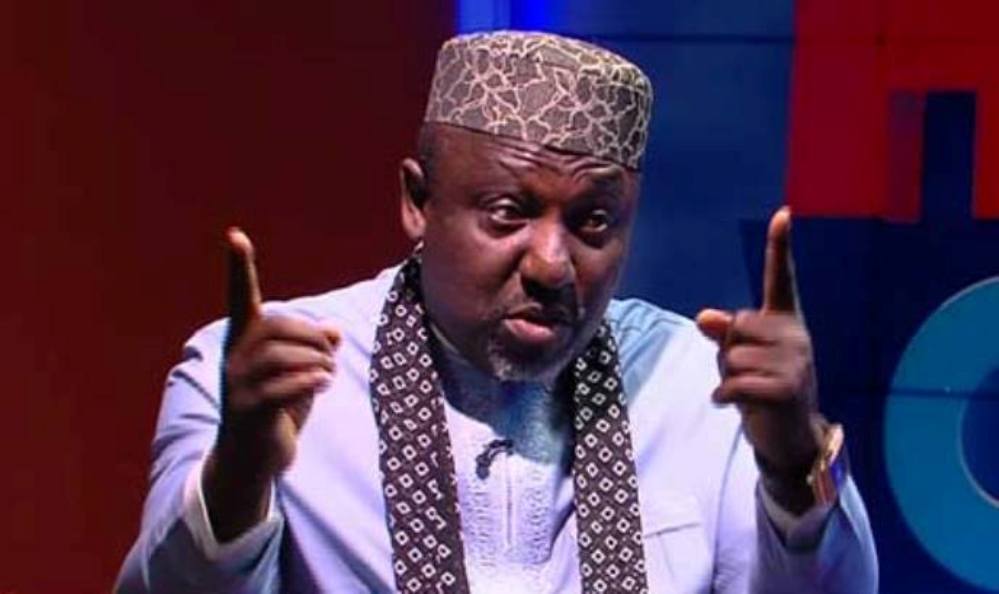 The Economic and Financial Crimes Commission (EFCC) did not let Senator Rochas Okorocha go yesterday, 24 hours after he was arrested.

As at 5pm yesterday, the senator was battling to secure administrative bail, according to The Nation.

The ex-Imo State governor, the first high profile person to be arrested since the appointment of Abdulrasheed Bawa as EFCC chair, is facing questioning for various petitions, including a N7.9 billion alleged fraud.

A source in EFCC said: “The former governor has been undergoing interrogation in the last 24 hours. He has not  been admitted to bail. There are a lot of transactions which he ought to clarify.

“So far, he has been cooperating with our team. He might need to go through some documents and give his own side.”

Also, the anti-graft agency yesterday sustained its high-profile investigation with the arrest of a former Attorney General and Commissioner for Justice in Akwa Ibom State, Uwemedimo Thomas Nwoko for money laundering.

Operatives of the Uyo Zonal Office of the EFCC arrested Nwoko.

The EFCC has been on his trail for two years.

The ex-AG was said to be “an alleged accomplice in the N1.4billion money laundering charge against a former President of the Nigerian Bar Association (NBA) Paul Usoro.

A top source said: “Nwoko had been at large for over two years. However, he was finally nabbed on Tuesday in Uyo, Akwa Ibom State, for his role in the conversion of N1, 410,000,000,000 property of the Government of Akwa Ibom State.

“He will be charged to court as soon as investigations are concluded.”

The Head of Media and Publicity of EFCC, Mr. Wilson Uwujaren, confirmed the arrest but he did not give details.

But findings showed that the EFCC had traced the  N1.4billion  to 12 suspected accounts.

Some of the accounts belong to eight top lawyers in the country.

One of the suspects claimed that the huge sum was meant for the payment for 16 cases.

But, there were no records of any agreement between any consortium of lawyers and the state government.

The fact-sheet said: “There was no document tied to specific payment. The deposit also did not specify what the cash was meant for.

“There was no evidence of any agreement between the state government and the beneficiaries of the N1.4billion. The lead coordinator of the lawyers who benefitted from the cash could not say how much was charged and how much was agreed upon.

“The lead lawyer only said the cash was for 16 cases in various courts across the country but only a case was reflected as having gone from the lower court to the Supreme Court.

“The lead lawyer has made statement without any shred of evidence or document to justify the legal contract.”

A source said: “With the arrest of the former Attorney-General of Akwa Ibom State, he will be able to give the details of the cases handled, the agreement with the lawyers and how the cash was disbursed.

“So far, we are suspecting a case of money laundering.”