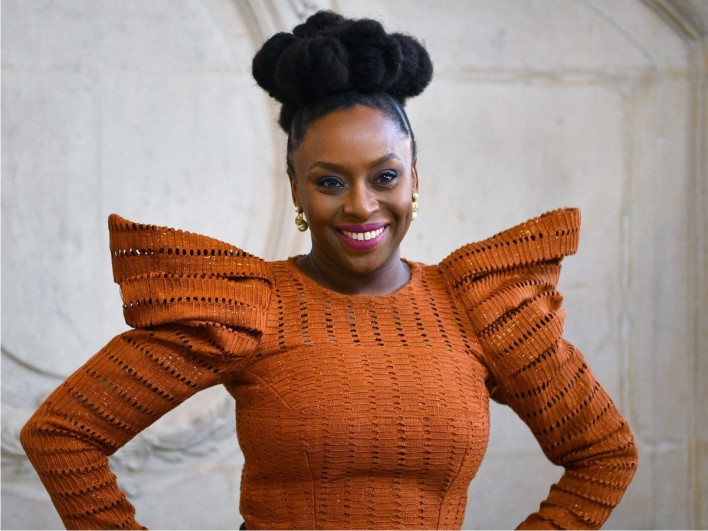 Popular Nigerian author and feminist icon, Chimamanda Adichie, has shared her reasons for distancing herself from Catholicism, in which she was raised.

She made this known in her piece titled ‘Dreaming as a single family’ published in the latest edition of the L’osservatore Romano weekly bulletin, released on Friday.

Giving a brief introduction to her early years in the Catholic Church, Adichie wrote, “I was raised Catholic, on the campus of the University of Nigeria. We attended a love-filled church run by the Spiritan congregation.

“As a teenager, I wore my Catholic identity like a favorite dress, joyfully and reverently. I was a self-styled Catholic apologist, arguing passionately with the Protestant children in defense of such subjects as the Blessed Virgin Mary, tradition, and transubstantiation.”

The award-winning writer, attributed her first sign of alienation to the treatment of females in the church.

“Years later, something changed. My pious passion withered. I remember my first moment of recoil from the church, when a gentle and devout couple was banned from communion because their daughter had married an Anglican.

“It felt to me not only uncharitable, but unnecessarily so, as did other subsequent incidents, such as poor people who were refused burials because they owed money to the church.

“This happened in my ancestral hometown, in a provincial parish far from the university campus where I grew up. But after the Spiritans left, an uncharitable chill also descended on my university church.

“On Sundays, women of all ages were often harassed, men barring their entry into the church unless they wrapped themselves in shawls to hide their shoulders and arms (which apparently would cause men in the church to sin.)

“Entire homilies were dedicated to the wiles and evils of women. How unsettling to sit through Mass feeling as though one, simply by being born female, had become inherently guilty of a crime.

“My alienation deepened; I had become a person in a place that my spirit had outgrown. Even if I still attended Mass from time to time, it brought me no meaning, and I have since come to believe that meaning is what makes life worthwhile.”