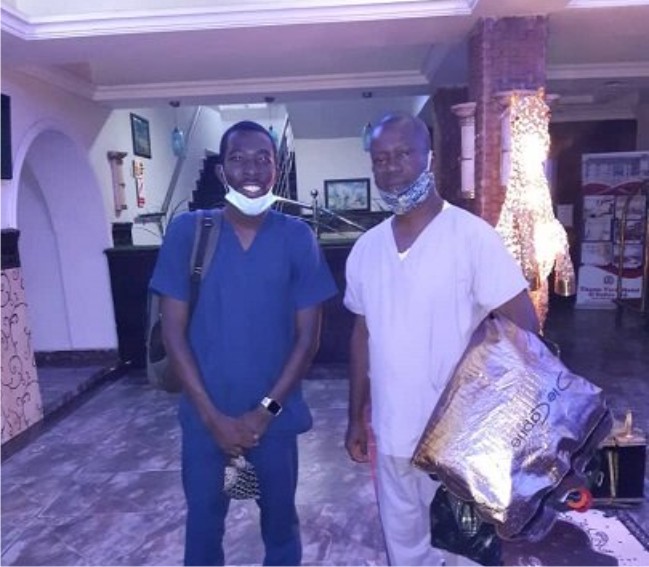 The Medical Representative and Director, Bentoluene International Health Concept, Toluwalope Ogunleye has advised pregnant mothers to donate umbilical cord to a blood bank and potentially save a life.

He said this at the cord blood awareness campaign webinar by Bentoluene International Health Concept in Lagos.
He said the placenta has been found to be the richest sites for stem cells, which are highly instrumental in the treatment of over 85 known diseases, including autism, brain injury, cerebral palsy and hearing loss.

He noted for years, it has been used to cure sickle cells and effective genotype transplant.

Ogunleye argued that storing baby’s stem cells at the time of birth is a once in a lifetime opportunity to capture a valuable resource that could be used in the treatment of serious illnesses, adding that in the past the main source of stem cells came from bone marrow.

“A cord blood stem cell transplant can be used to replace diseased cells with healthy new cells, and rebuild an individual’s blood and immune system. More recently, cord blood stem cells have been shown to be able to form other tissues in the body,” he added.

He further said there has been considerable scientific and clinical interests in the potentials of cord blood stem cells in regenerative medicine.

In laboratory work, cord blood cells have been shown to be capable of developing into a range of cell types such as nerve, bone, skin, heart and liver cells to name a few.

“These exciting developments have already translated into early clinical treatment of ischaemic heart disease and some neurological conditions. The future of regenerative medicine holds much promise and cord blood is likely to play a major part in this advancement in our ability to treat human disease,” he further stated.

The medical expert stressed that storing umbilical cord tissue as well as the cord blood is the most efficient way to storing child’s stem cells.

He added that cord tissue stem cells can be very easily and successfully isolated from a section of the umbilical cord that is collected at birth.

Once collected, the cord is safely and efficiently transported in a special solution designed to preserve the stem cells during the transportation process.

“Once it arrives at the laboratory the cord is processed immediately. It’s then placed in storage where it will remain for use in the future should it be needed,” he explained.

He stated further the organisation, which he represents stores stem cells found in the umbilical cord blood and tissue. These potent cells can find their way to injured cells and tissue in the body and support their repair.