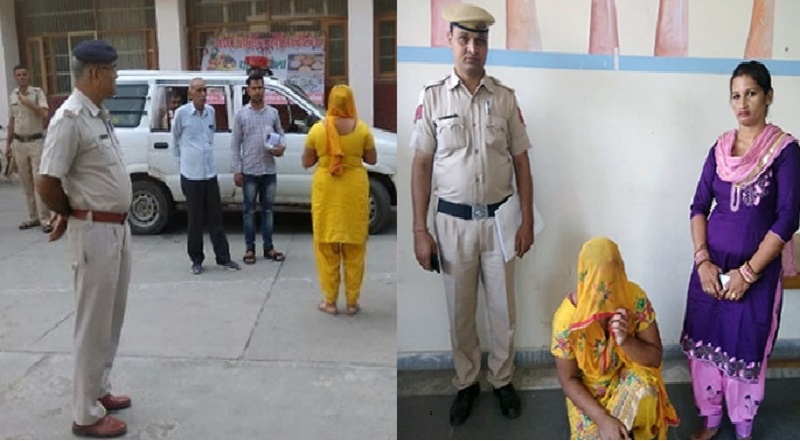 Geeta Parmar, 32, a resident of Maninagar in Gujarat, was recently arrested on suspicion of ‘abetment to suicide’ following a complaint filed by her late husband’s mother.

Muli Parmar, 55, claims that Geeta did not have sex with her husband, Surndrasinh, during the 22 months of their married life together.

The deceased’s mother said the lack of sex left her son in ‘mental stress’ as their relationship failed. She also disclosed that she discovered they were sleeping in separate beds when she paid the couple a visit.

Surndrasinh revealed to his mother that he and Geeta did not have ‘physical relations’, the police report said.

Muli alleged that Geeta had ‘taken a vow’ that she would not engage in intercourse with her husband during their marriage.

‘Once I had gone inside my son’s room and found that he and my daughter-in-law were sleeping on different beds,’ Muli alleged in her first information report.

‘When I asked my son about this, he told me that they did not have physical relations as Geeta had taken a vow that she would not sleep with her husband.’

Times of India reports that the couple fought frequently over the issue before Geeta moved into her parents’ home.

On July 27, family members returning from a funeral to Surndrasinh’s home discovered he had committed suicide.

Surndrasinh, a railway employee married Geeta, his second wife, in October 2018 following a divorce from his ex-wife two years earlier.

The case is under investigation by Shaherkotda police in Ahmedabad, Gujarat.