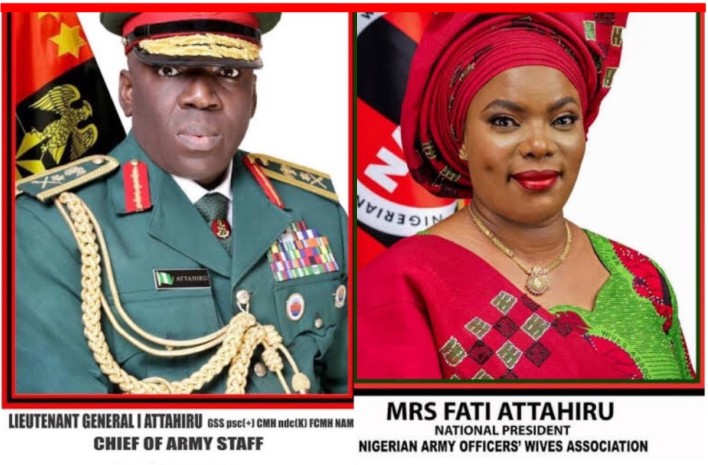 Fati Attahiru, wife of late Nigeria’s Chief of Army Staff, Ibrahim Attahiru, was not involved in the military plane crash which killed, her husband and other military officers and crew.

The military training aircraft which was carrying 11 persons on board crashed at the Kaduna airport around 6pm on Friday, May 21.

However, The Leadership Newspaper which was the first to report that Fati was on the plane, have now made a correction and also apologized. The newspaper wrote:

“CORRIGENDUM:
“We erroneously reported that the wife of the Chief of Army Staff, Mrs Fati Attahiru, was involved in the air crash that claimed her husband and other military officers in Kaduna today.

“We were misled by sources that we trusted. We apologise to the Attahiru family and share in their moment of grief. We retract and regret the publication.
“LEADERSHIP Online Editor”

See the full names of the victims.

Below is a video from the scene of the crash.