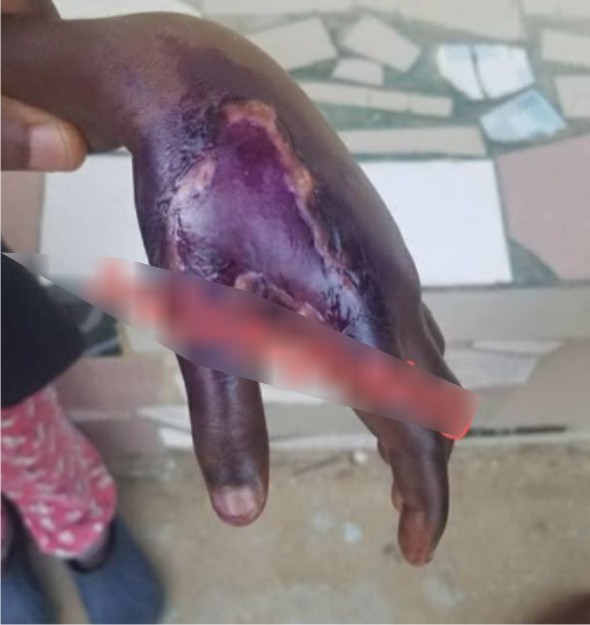 A mum in Akwa Ibom state has accused of burning the hands of her 11-year-old son by placing it directly on fire because he took food from the pot without permission.

On Friday October 2, Victory went into their kitchen to get something to eat after his parents allegedly left home without giving him anything to eat.

When his mother found out he went into her kitchen to get food by himself, she allegedly lit the stove and placed his hands on the fire and inflicted serious injuries on him.

Older injuries on the boy’s body also show this isn’t the first time he’s getting burnt with fire.

There’s a burn scar on his stomach alongside other scars on his body.

LIB contacted the spokesperson of the state police command who said he isn’t aware of the case of child abuse but will investigate and revert as soon as possible.