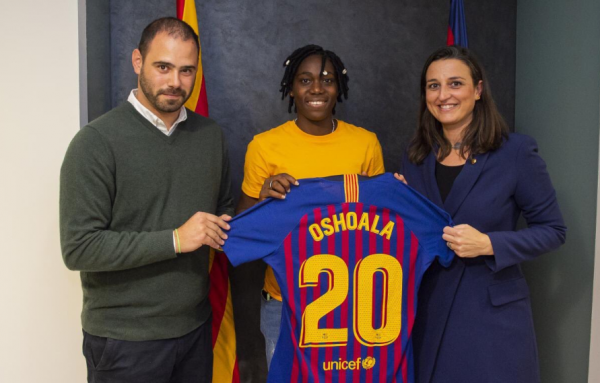 Three-time Africa Women Player of the Year expressed her delight at joining the football club on loan from her Chinese club, Dalian Quanjian F.C.

The Dalian Quanjian player will be at the Spanish side until the end of the season, and has been given the number 20 jersey.