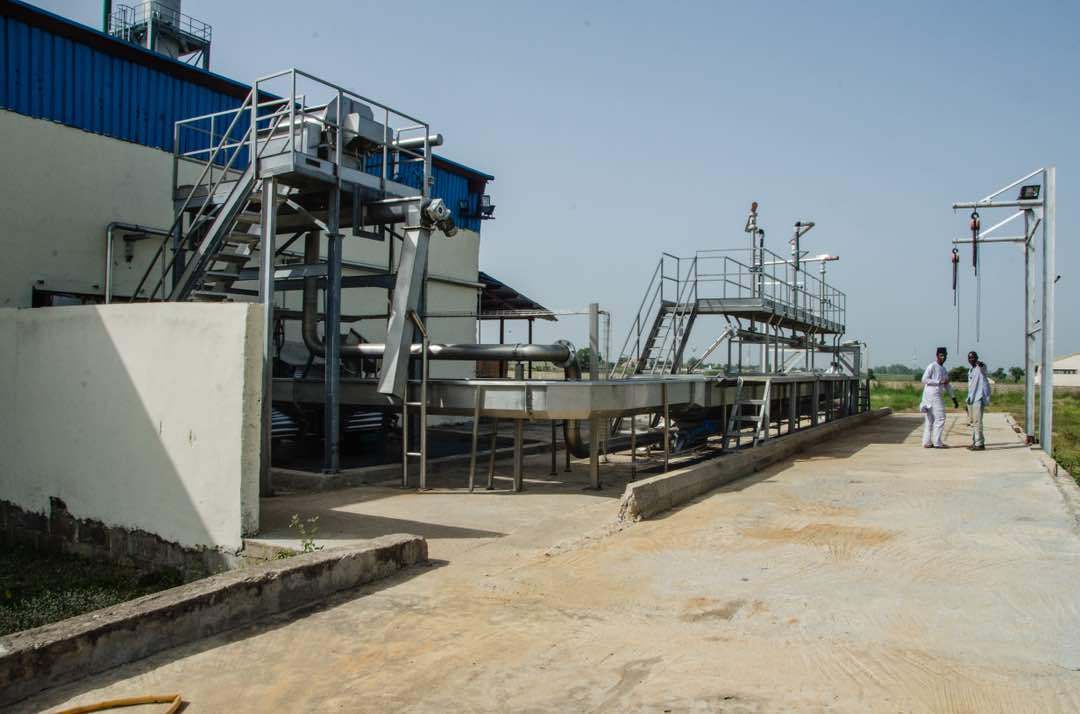 A Lagos Division of the Lagos State High Court Tuesday adjourned for ruling a case of malicious prosecution and defamation brought by five employees of Dangote Flour Mills against the company and its group managing director, Thabo Mabe.

The ruling will be delivered on an application filed by the defence counsel asking the court to strike out the case for lack of jurisdiction.

According to A.Y. Usman, counsel to the first and second defendants, the court had no jurisdiction to hear a matter between “a master and servant.”

Mr Usman said the power to hear such matters have been conferred on the industrial court.

The counsel further argued that the reliefs sought by the claimants, which includes N200 million as damages and the payment of salaries and emoluments owed them since 2017 further support his position that the court has no jurisdiction in the matter.

He urged the court to accordingly strike out the case.

Counsel to the claimants, Ano-Obong Peter, however, told the court that the salary reliefs sought by the claimants were only a consequence of the tortious claims against the defendants.

He said withholding the claimants’ salaries and emoluments were a consequence of such malicious prosecution. He prayed the court not to grant the prayers of the defendants.

“This court has jurisdiction to hear this matter. Cases before the Supreme Court shows that not all cases of the Master/Servant relationship can be brought to the industrial court. ”

“Our claims are based on tort. We believe that if the court can hear claims on tortious liabilities, it should be able to grant reliefs consequential to it.”

The judge, Kafeel Dawodu, assured both parties that the court would thoroughly look into their submissions and give its ruling on June 13.

The five employees, Mohammed Hamza, Olaseinde Oladiran, Abilawon Peter, Shaibu Inu, and Jimoh Olakunle said they were maliciously prosecuted and defamatory publications sponsored against them by the defendants.

According to the statement of claim filed in court, the claimants said the second defendant, Mr Thabo, wrongfully accused them of theft and got them arrested.

They said they were thereafter tortured in custody, suspended from their work and arraigned at the Apapa Magistrate Court on July 27, 2017, despite lack of proof linking them to the alleged offence.

They said while they were being held at the medium prison, Kirikiri, “the defendants published an article portraying the claimants as thieves who were caught in the act of attempting to steal 15 bags of wheat from the 1st defendant company.”

They said the online publication by the defendants against their persons continues to cause them to suffer “public ridicule, humiliation, shame, embarrassment, loss of business goodwill and loss of financial prosperity from the public.”

They said despite their discharge and acquittal at the magistrate court, the defendants continue to place them on suspension and have refused to reinstate them or pay them their salaries and allowances.

They said the defendants also refused to tender a public apology to them for the humiliation and torture they suffered as a result of the false accusation.

They also demanded a public letter of apology to them in a widely read national newspaper, N200 million as general damages, and an order that the first defendant pay all their outstanding salaries.