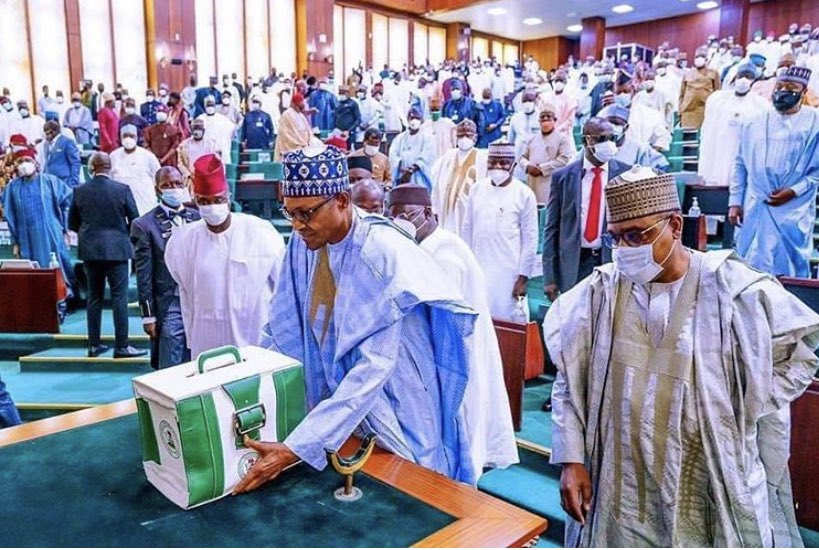 Compared to budget presentations done in previous years, the President was only accompanied by Vice President Yemi Osinbajo and a few ministers, while the others are expected to participate virtually.

According to Senate President Ahmed Lawan, the new arrangement became necessary in order to maintain social distancing during the presentation, as a result of the COVID-19.

Below are the highlight of the things President Buhari said during the budget presentation  ceremony.

1. The 2021 Budget was themed Budget of Economic Recovery and Resilience aimed at promoting economic diversification and social inclusion.

2. In the budget tagged: “Budget of economic recovery and resilience,” Buhari said the main thrust of the 2021 budget was to complete as many ongoing projects as possible while giving priority to the ones that most affected the people.

3. In the budget, the National Assembly got N128 billion, while N380.21b has been allocated to the health ministry.