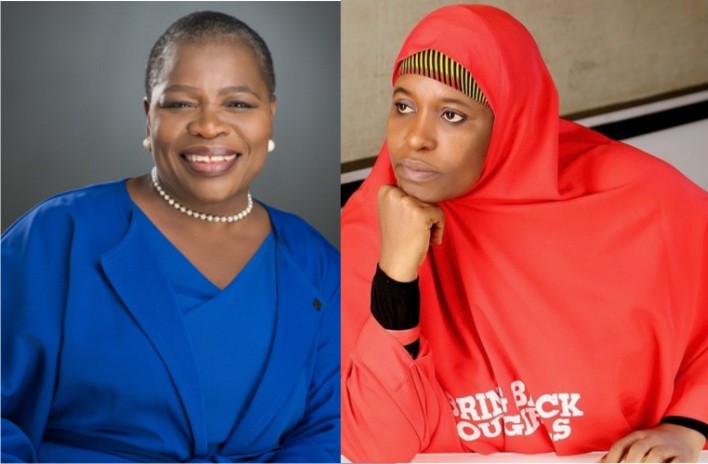 Nigerian activist, Aisha Yesufu has revealed that Former Minister of Education, Oby Ezekwesili was called by Late former President Umaru Musa Yar’Adua as well as former President Goodluck Jonathan to accept ministerial roles, but she turned down the two offers.

Yesufu tweeted on Wednesday: “Since we are in the era of saying it as it is. Let it also be on record that Goodluck Ebele Jonathan wanted Dr Oby Ezekwesili @obyezeks to be Minister and she refused. The late President Yar’adua also offered her ministerial appointment and she turned it down.”

Recall that during an interview with The Sun days ago, senior pastor of the Citadel Global Community Church, Tunde Bakare revealed that in 2011, President Muhammadu Buhari had wanted Ezekwesili to be his running mate but she turned down the offer. Read more here.

However, while replying Aisha Yesufu’s tweet, Ezekwesili said she turned down political appointments not because she thinks highly of herself but because she ‘never accept to play any role in life as “merely a job”‘ because she is ‘driven by a sense of “Mission, Calling and Assignment”‘.

She added: “When I said this to President Yar’Adua in 2007, he finally accepted my decision not to return to cabinet.“