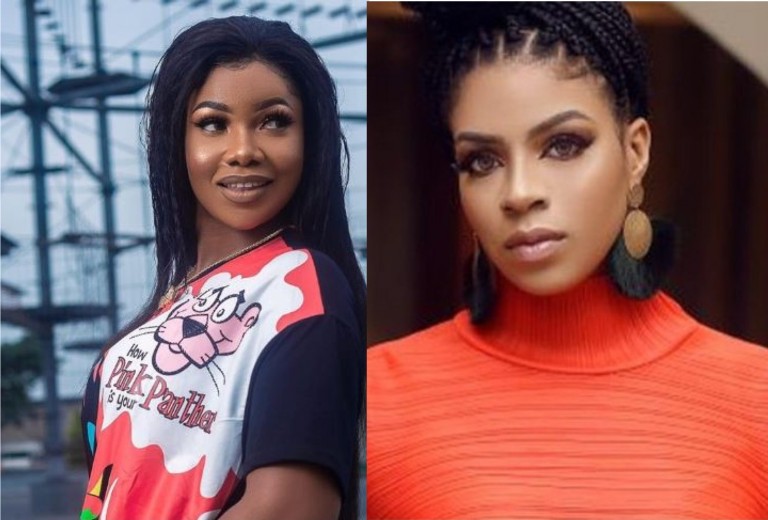 Venita Akpofure who is an embodiment of a beautiful unicorn taking its myth from acting to a reality TV show is in the news for her latest confession to Biggie.

During Venita’s diary session yesterday, Biggie asked her who among the housemates intimidates her the most, and she opened up to him saying it was Tacha.

She said when she first came into the house, she saw Tacha as a big challenge and threat and also felt intimidated by her because Tacha never wastes time in attacking whoever steps on her toes.

Venita revealed she always saw Tacha as a mean, aggressive and rude person who never gives regard to anyone, no matter who you are and she didn’t like that about her.

Even though according to Venita, these days she’s beginning to see a different side of Tacha, but that didn’t happen until she decided not to hate on the Port Harcourt girl and started greeting her and talking to her, not minding if Tacha responded or not and to her surprise, Tacha was receptive, responding to her greetings and reciprocating her gestures.

She said she discovered Tacha is actually a sweet and kind person and is always willing to help her. Venita also added that Tacha even helps her prepare meals sometimes which is very impressive.

Going further, Venita said she came to the conclusion that Tacha must probably be going through a lot of stuff which is why she reacts to people the way she does and acts all mean and bitter.

“I see she’s hurt and is probably going through a lot right now. People that bite the hardest have the most love to give and that is the kind of person Tacha is,” she said.

She stated that she’s beginning to like and admire the sweet side of Tacha and has come to the conclusion that Tacha isn’t as bad as she makes people think she is.

Watch the video Below: