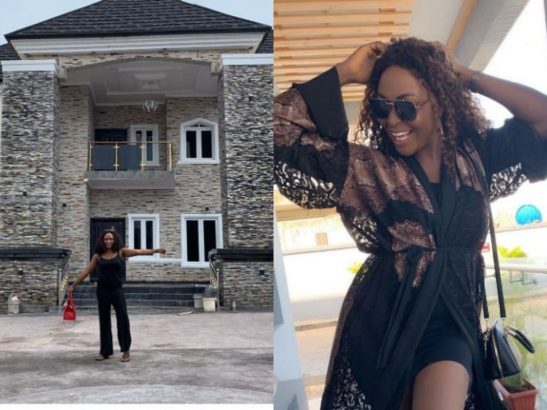 Relationship expert and blogger, Okoro Blessing Nkiruka has been called out by an alleged China based real owner.

The blogger chose on her thirtieth birthday, few days ago, to flaunt a 7-bedroom house which she claimed she build from ground up 8 years after her ex-husband threw her out of his house. Read the post here.

The house which is reportedly located at Republic Layout, Bricks Estate, Enugu State is in the neighbourhood of the blogger, Blessing.

According to a voice note sent to Instablog by the China-based owner, yesterday, he called the blogger “stupid” for using his house to deceive people on Instagram.

They also reported that two residents of estate also stated that Blessing only went to the house to take pictures and proceed to the uncompleted house beside it to take another picture which she passed across as “before and after” pictures.

Okoro Blessing Nkiruka is a Nigerian relationship expert and Break or Makeup CEO. She is yet to respond to the claim.