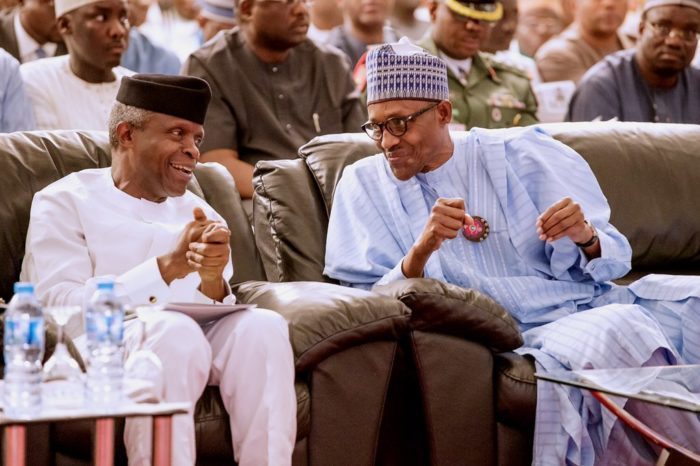 Now that 29th May has come and gone, many states, as well as the federal government have entered a new dispensation. With new dispensations come certain entitlements to the sworn in office holders.

Here is a breakdown of what our public office holders will receive as salaries and allowances. This covers for the President, the Vice president, the governors and the deputy governors

President Muhammadu Buhari and his deputy, Prof Yemi Osinbajo will receive N26.18 million ($73,000) per annum as salaries, according to the Revenue Mobilisation Allocation and Fiscal Commission. According to information Pulse gathered, the President, President Muhammadu Buhari will receive a total package of N1.17 million monthly including hardship allowance, Consistency allowance, and basic salary. The breakdown is as follows;  basic monthly salary at N292,892, Hardship allowance at N146,446 per month and Consistency allowance (250% of basic salary) at N732, 230 per month.

The Vice President, Prof Yemi Osinbajo, on the other hand will receive N1.01 million as monthly take-home pay, including allowances as set for the office of the president. He is reportedly entitled to N126,315 monthly as hardship allowance and N631, 577 monthly as Consistency allowance.

It was further gathered that the executive governor and deputy governor of a state, will receive N649,000 and N616,000/month respectively. Their payslips also include hardship and consistency allowances. Other allowances for the top political office holders are accommodation allowance, furniture, duty tour allowance (per night), motor vehicle fueling and maintenance.

Having said that, I can’t help but be curious about the term, ‘Hardship Allowance’. What do you think?

1 thought on “Breakdown of Salaries, Allowances for Buhari, Osinbajo, Ihedioha, others”