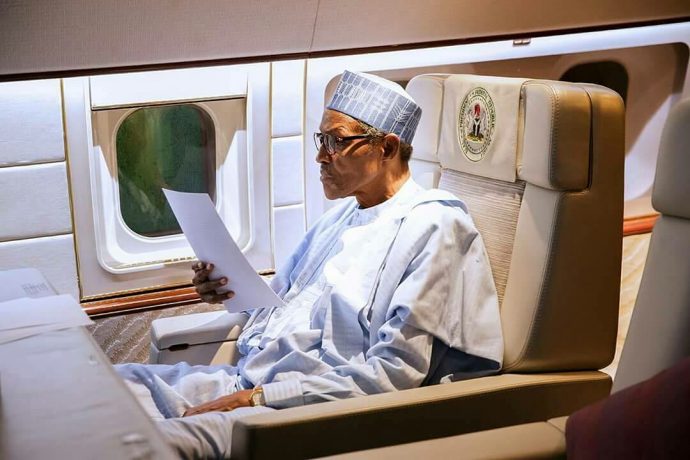 According to the budget, N576. 747 million was set aside for the phased replacement of vehicles, spares, and tires…as well as, N25 .652 million on meals and refreshments.

President Muhammadu Buhari is to spend N1. 001 billion on travels this year.

The detailed 2019 budget, which he signed into law early this week, showed that the president would spend N751.296 million traveling around the world and another N250. 021 million locally.

According to the budget, Vice President Yemi Osinbajo will also spend N217.060 million on foreign travels and another N83. 74 million on local travel.

N3.822 billion was earmarked for the annual routine maintenance of mechanical/electrical installations in the Villa.

According to the budget, N576. 747 million was set aside for the phased replacement of vehicles, spares, and tires in the presidential CVU, security/police escort, and State House operational fleet.

The President would spend N164. 176 million on honorarium and sitting allowance, as well as, N25 .652 million on meals and refreshments.

The Office of the Chief Security Officer to the President got the sum of N 433. 457 million for the purchase of a security and operational vehicles.

The State House Medical Centre was allocated a total of N798.856 million, with drugs and medicals supplies taking N208. 350 million and N 244.364 million earmarked for the purchase of health and medical equipment.

Conversion/upgrade of Villa Ranch and construction of wildlife conservation capture would take N27. 463 million; while rehabilitation of animal enclosure/procurement of Vet Lab equipment was allocated a separate N11. 865 million.