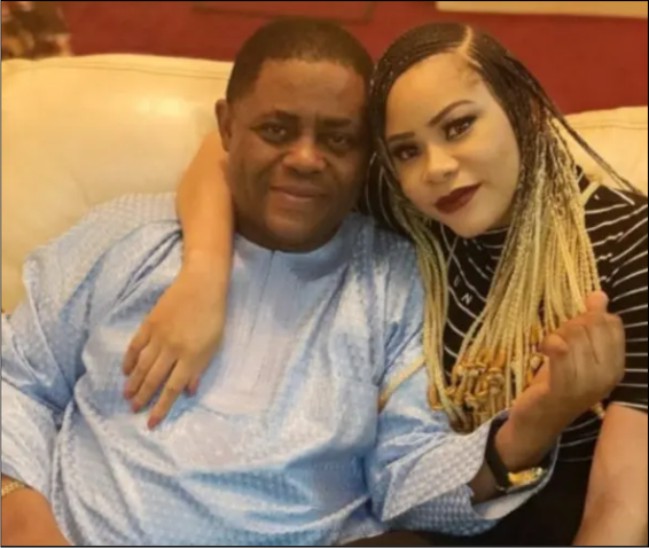 Relatives of ex-beauty queen, Precious Chikwendu also known as Snow White, have reacted to her separation from her politician husband, Femi Fani-Kayode.

The couple, whose marital crisis recently became a topic of public discussion have been married since 2014 and share four sons, including a set of two-year-old triplets, together.

According to a report from PREMIUM TIMES, a family source confirmed on Wednesday that the marriage broke down irretrievably due to a health challenge which Ms Chikwendu has been trying to manage since they became a couple.

According to the source, the health issue posed a serious challenge and the couple later became estranged.

Alongside other unprintable reasons, the source also claimed that they had countless disagreements over ‘‘unapproved outings.’’

The close family source said, ‘‘Snowwhite was fond of going out without Fani-Kayode’s permission and he could no longer tolerate it’.’

The source also denied reports that the union broke down due to domestic violence allegedly meted out to the ex-beauty queen by the ex- former minister.

In a separate chat with this newspaper, Chikwendu’s uncle, Okey Onyemachi, also debunked some allegations making the rounds.

“I am unhappy about the reports and my major concern is the children and why people are cooking up fake stories. The allegations that the kids aren’t chief’s is a big lie and unthinkable. Precious is my niece and I can confirm that all these stories are false.’’

Born in 1989, Precious, who is fondly referred to as Snow White, is a model, actress and former beauty queen.

She represented Nigeria at the Miss United Nations World Beauty pageant in 2014.