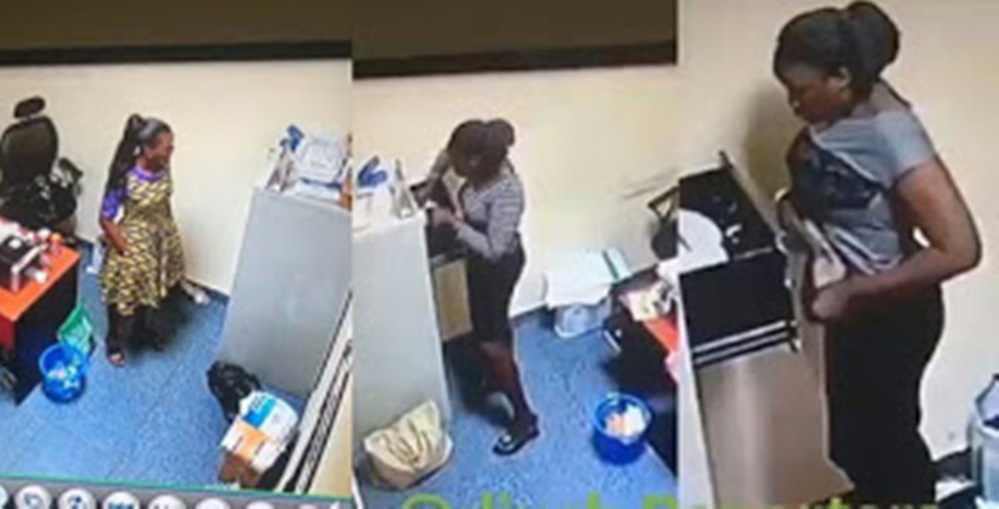 An ND II student of Business Admin in Yabatech, Lagos, identified as Ife Aboyeji, was caught after stealing thousands of naira repeatedly from her boss.

The lady who is said to be undergoing her Students Industrial Work Experience Scheme (SIWES) program in a company was caught red handed both by her boss and CCTV after stealing N500k cash.

It was learnt she had first stolen some money before but no one noticed, yesterday she went again to steal in the morning and no one also noticed.

She allegedly went back again for the third time in the afternoon to steal again that was when her Madam walked in on her and caught her.

The CCTV footages were later reviewed and all her previous atrocities came to light.

1 thought on “Female YabaTech student caught stealing N500,000 from her boss during SIWES”