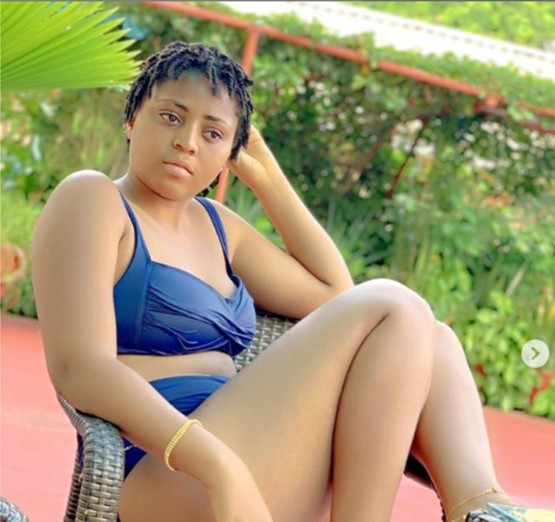 Nollywood trending actress, Regina Daniels has thrown a light shade at the man claiming to be her father. One Jude Ojeogwu surfaced recently claiming to be Regina’s dad, claiming not to know anything regarding her marriage to Ned Nwoko. Read that here.

Jude Ojeogwu even later had a telephone conversation with a journalist during which he revealed that the actress is still 17 years old, that Ned Nwoko was his boyhood neighbour. Read that here.

Many Nigerians have questioned why the man is speaking up now, doubting if he has been a part of Regina’s life if truly it happens to be true that he is her biological father.

Regina has now made a comment in way that seems to asked if she really has a father. But, you have to read that yourself in her recent post and let’s hear what you make of the response in the comment section below.