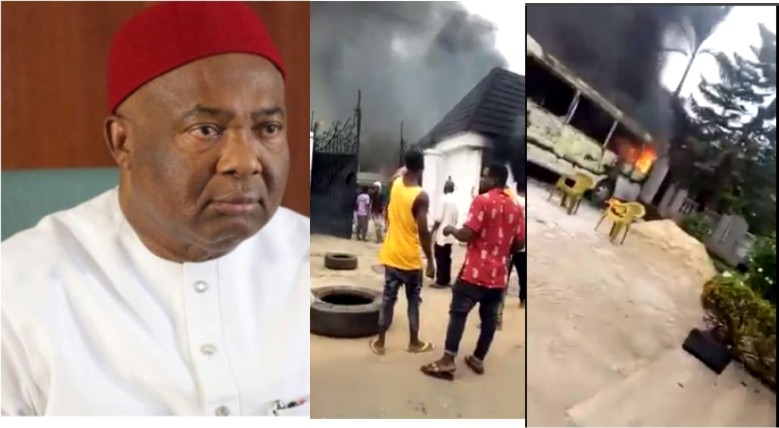 The house of Governor Hope Uzodinma at his hometown in Omuma, Oru East Local Government Area of Imo State has been set on by yet to be identified gunmen.

One person was confirmed dead though witnesses who rushed to the scene of the incident say security guards on duty were killed during the attack which took place early on Saturday morning, April 24, 2021.

The attackers set fire on the building and some of the vehicles parked in the compound.

But watch videos from the incident below.