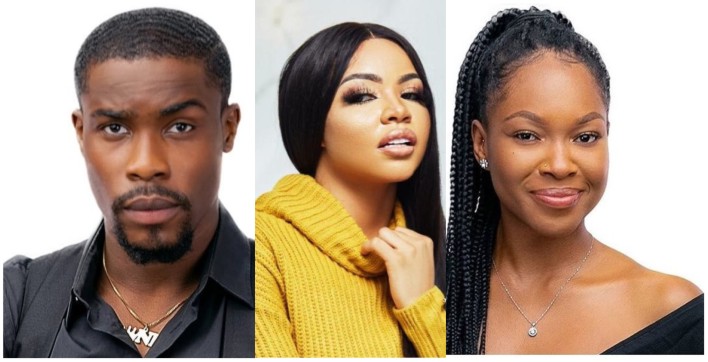 Housemates Nengi, Vee and Neo have made it into Big Brother Naija Lockdown grand finale.

This follows after their fellow housemates Ozo, Dorathy, Trickytee and Laycon were put up for eviction in this week.

Expressive Info had earlier reported that Nengi booked her spot in the grand finale when she emerged the ninth Head of House after defeating six other housemates in the arena games played on Monday, September 14th.

Ozo, Dorathy, Trickytee and Laycon were put up for possible eviction after the housemates were divided into two groups, excluding Nengi, the Head of House.

After the nominations, Vee and Neo were left out for possible eviction, which could mean they have joined Nengi to book a spot in the finale of the reality show. Congratulations to them!