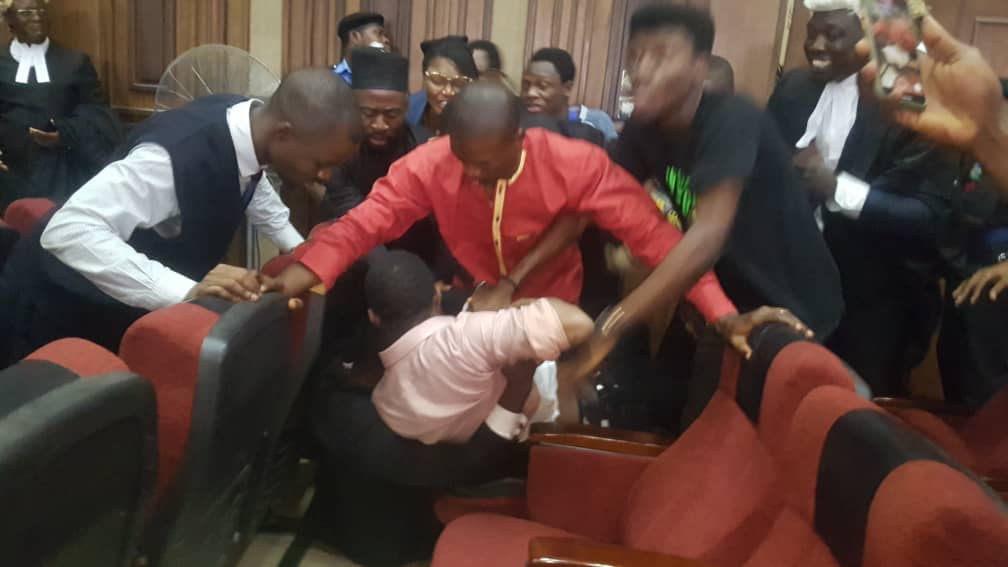 The Department of State Services (DSS) has finally released a statement in reaction to the re-arrest of Omoyele Sowore, the convener of #RevolutionNow movement and publisher of SaharaReporters.

In the statement, the DSS claimed that its officers did not arrest Sowore, in courtroom, saying that the journalists and supporters were only acting an “orchestrated drama”.

Peter Afunanya, DSS spokesperson who signed and released the statement on behalf of the state secret police, said there were none of its officers involved in the incidents recorded in the courtroom.

“It has become important that the Department of State Services responds to the serial misinformation being circulated in the media about its involvement in the incident that occurred on 6th December, 2019 at the Federal High Court, Abuja,” the statement read.

“It is instructive to note that during the court proceeding of the day under reference, Defence Counsel, Femi FALANA (SAN), called the attention of the Judge to a suspicion that the Service was planning to re-arrest Omoyele SOWORE immediately after the court session. The Court discountenanced his alarm and asserted that the Service was law abiding and would not engage in such and subsequently adjourned to February, 2020.

“However, when SOWORE stepped out of the court and sighted operatives of the Service within the premises, he ran back into the courtroom. In a bid to shield him from an imaginary arrest, his uncontrollable supporters mobbed him while chanting ‘you can’t arrest him’ thus the pandemonium that ensued.

“A critical look at the videos in circulation would convince any objective viewer that there was no DSS personnel during the entire period the Sowore crowd acted out its orchestrated drama. Its personnel were never, at any time, involved in the incident.”