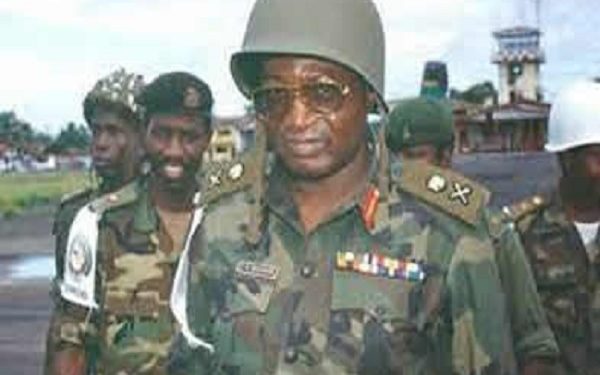 A former Minister of Defence, Lt. Gen. Joshua Dogonyaro (Rtd), has died at the age of 80.

His first son, Joseph Dongoyaro, confirmed the incident on Thursday morning. He said: “Daddy has been sick for some time until yesterday when he had a stroke and we rushed him to the Jos University Teaching Hospital (JUTH) for medical attention.

“Unfortunately, early this morning of Thursday, around 3.00am precisely, he breathed his last and died.

“His death comes as a rude shock to us as a family. We are going to miss his love and warmth as a grandfather, father, brother, uncle and supporter.”

He said the family was trying to cope with the shock of the General’s demise and would release funeral details soon, adding that body has been deposited at the Air Force hospital mortuary.

Dogonyaro, a soldier and an administrator, was born on September 12, 1940 in Vom, Plateau State. He is a native of Taroh in Langtang North Local Government Area. He was also a Minister of Defence in Late General Sani Abacha’s regime.

The retired general was popular for being a member of the ‘langtang Mafia’ during his days in the military. He was also responsible for announcing the coup that removed current President, General Muhammadu Buhari from power in 1985.

He read the coup speech that ousted the Buhari military junta and brought in the Ibrahim Bademosi Babangida junta on August 27, 1985.

1 thought on “Just In: Ex- Minister of Defence, Gen. Joshua Dogonyaro is dead”