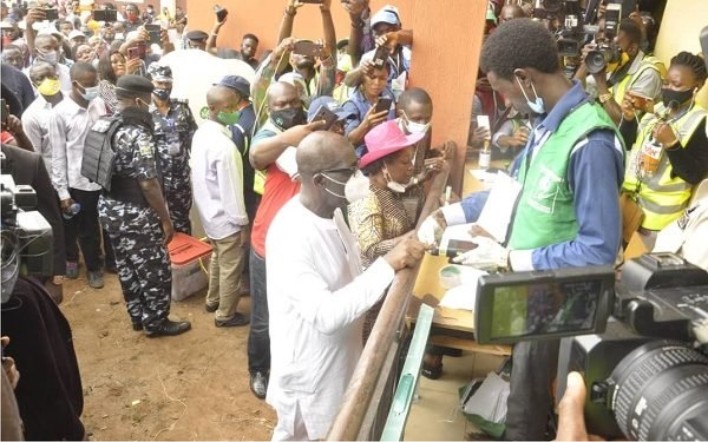 Edo Governor Godwin Obaseki has finally voted after waiting for hours at his polling unit.

Expressive Info recalls that there was pandemonium at his polling unit, unit 19, ward 04 in Oredo local area when a fight broke out between party supporters.

Supporters of the Peoples Democratic Party (PDP) and the All Progressives Congress (APC) attacked each other shortly after the governor arrived at to cast his vote.

The pandemonium broke out after a PDP youth leader simply identified as Jimoh hit a supporter of another party, thereby disrupting the voting process.