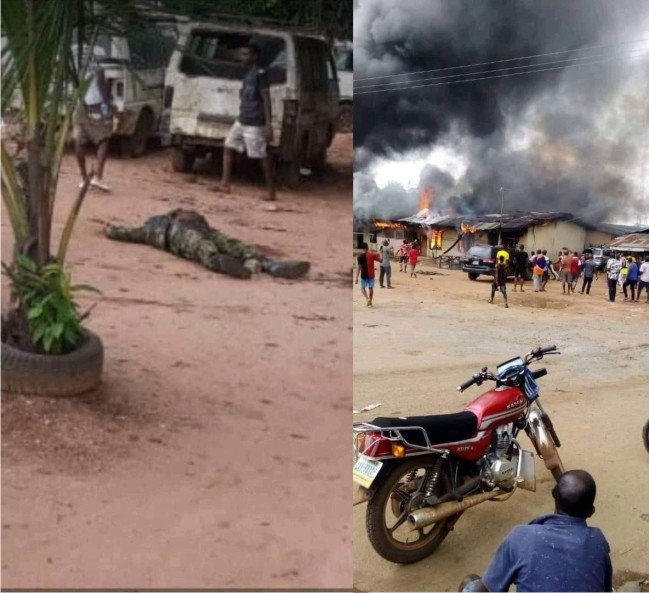 A group of armed militant youths stormed the Police Station at Nworieubi, Mbaitoli Local Government of Imo State and set the station on fire.

Eyewitnesses told Expressiveinfo that one policeman was killed in the process while suspects held in the cells were set free.

We also gathered that the armed group killed two soldiers who were stationed at a popular Check Point at Ubomiri, close to the police station. One of the soldiers, however escaped.

As at the time of filling the report, soldiers are said to be on their way to the area.

Similarly, the police station in Orji was also set on fire. Fortunately, the Imo state Fire Service arrived on time and put the fire out before it could cause a lot of damage. And, the filling station beside the station was not affected.