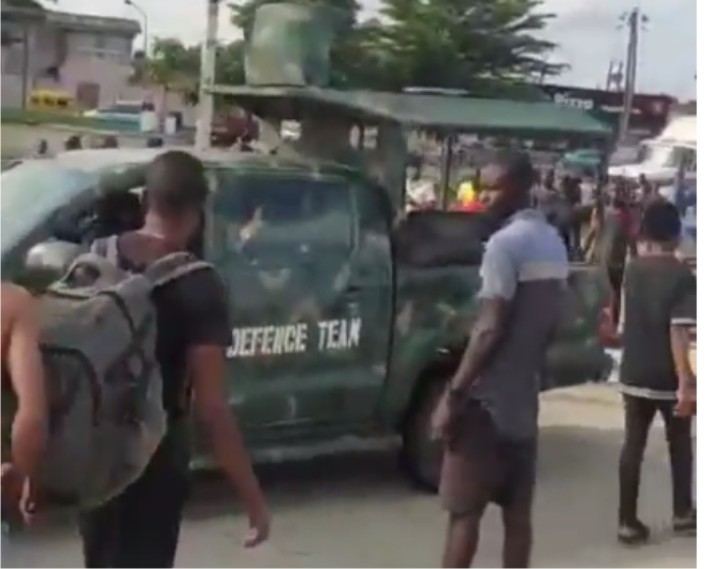 Some Young Lagosians who blocked the Gbagada axis of Lagos state humiliated some officials of the Nigerian army who allegedly tried to bribe their way past the blocked road.

This comes after Lekki Toll Gates were last night bombarded by soldiers who shot at unarmed #EndSARS protesters.

Since then there has been an uproar of angry Lagosians who stormed various facilities especially those owned by the Federal Government and the Lagos state government to set ablaze.

In the video shared online, the angry youths were barricaded the axis, as they expressed anger that youths were killed at Lekki Toll gate last night.

The youth were heard rejecting the N2000 bribe being offered to them by the army officials, insisting they were not going to pass.

Watch the videos below: