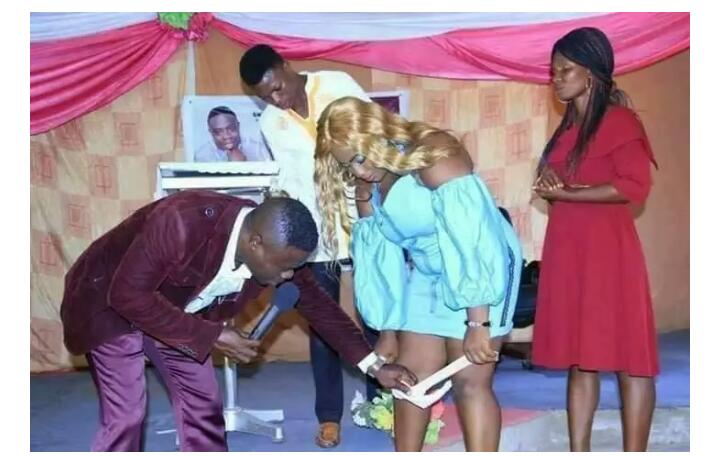 When we think we have seen it all in the bizarre things ‘Men of God’ do in church and with their members, another outrageous one finds its way out.

This time, a man of God identified as Pastor Sobrino Valdeci Picanto, a Nigerian based in Brazil, has been arrested for ordering a lady to take off her pants and open her legs wide for the spirit of pregnancy to penetrate into her vagina.

The same pastor is also said to have persuaded some of his followers to suck his manhood saying that it had sanctified ‘milk’ to heal them from bad omens instantly.

“He convinced us that only God could come into our lives through the mouth and asked us to do perform oral acts on him until the Holy Spirit came through seed and delivered funds to the church.” a follower spilled out

Valdecir came to abuse some elderly, and defended himself by saying that he “had an encounter with Jesus in a brothel and gave him the mission of spreading the sacred semen throughout the state, beginning with the faithful Apore Assembly, of which he is responsible.”

Denise Pinheiro, delegate of the region, said, “Valdecir was caught red-handed while rubbing his reproductive units in the face of a local merchant, which he promised to make her more sales in her business due to the divine liquid.

“When we acted Valdecir offered no resistance and even asked if I wanted to be part of the kingdom of heaven on the way to the police station.”