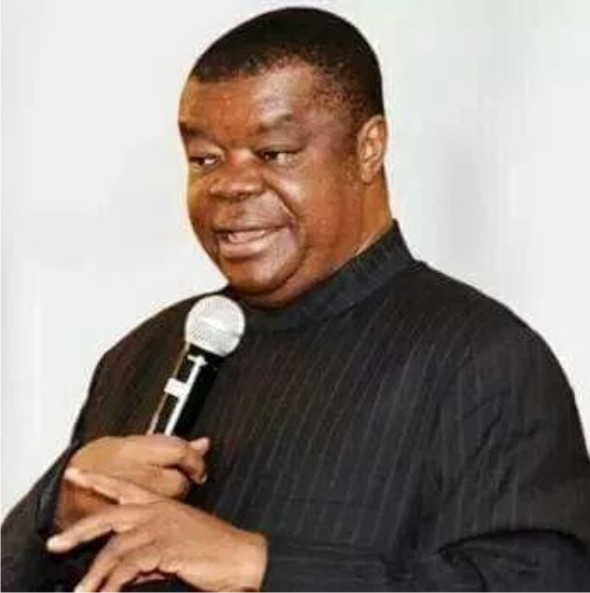 Recall that the leader of the Indigenous People of Biafra (IPOB), Nnamdi Kanu, who is also the Director of Radio Biafra, is agitating for the Republic of Biafra. His group, the IPOB which is also seeking to break away from Nigeria had since been proscribed by the Nigerian government led by President Muhammadu Buhari.

Like Kanu, the Movement for the Actualization of Sovereign State of Biafra (MASSOB) is also fighting the same course along with other pro-Biafra groups in Nigeria.

Addressing reporters in Uyo, headquarters of his ministry, the Abia-born cleric condemned agitations for Biafra, saying that those agitating for the actualization of Biafra Republic are “mad people.”

Ukpai, a Christian leader, an evangelist, and a preacher, stressed that anyone agitating for Biafra only confirms the level of his or her madness, adding however that everybody is mad but the difference only being in the level of madness.

His words: “There will always be crazy people, even when people are seen to be normal. Whoever is agitating for Biafra shows the level of his madness, but everybody is mad, the difference is the level of your madness,” he said.

The Cleric, who assessed Nigeria at 60, said he is disappointed there are still divisive elements holding the country apart.

According to him until Nigerians begin to love and respect another, it would not make any meaningful progress.

“In Nigeria we are all in a hurry to reach where are going to, so much so that we have no regards for others, no time for others and no love for others.

Also speaking on the clamour for restructuring by Pastor Enoch Adeboye, the General Overseer of the Redeemed Christian Church of God (RCCG) and the controversies it generated, the cleric said: “I don’t think that he (Adeboye) is not entitled to his opinion.

“He is a man of God and he must have seen what happened during the civil war, which would guide him in the deductions he made. But to me, everybody is entitled to his opinion,” Ukpai added.