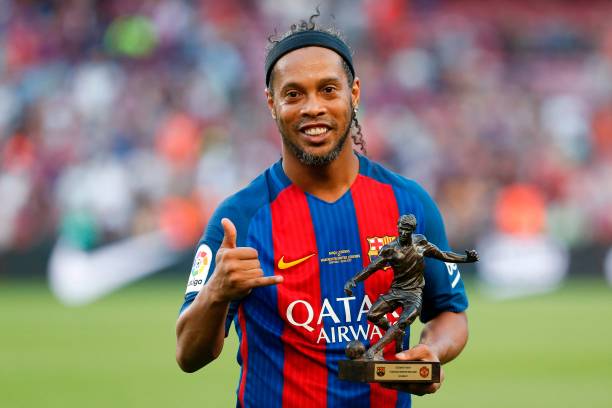 The two time Ballon d’or winner and ex-Barcelona, AC Milan and PSG playmaker, Ronaldinho has come out to say there’s a chance of Man United qualifying over Barcelona in the second leg of the Uefa Champions League quarter finals.

He says he expects Barcelona to overcome Manchester United and qualify for the champions league semi finals but claims that the Red Devils are still very much in the tie.

“The truth is that Barcelona should have finished the game in Manchester – but at just 1-0 Manchester United will still believe that they are in this tie,” he claimed.

“With the way that Barcelona have been playing and the amount of goals they have been scoring, I do expect them to progress. I see them even winning comfortably in Barcelona. It will all be on the first goal.

He further explained that “If Barcelona score it then it will be a long evening for Manchester United, But if they (Man Utd) can score the first goal then it’s going to make the stadium nervous – and you never know what can happen then.”