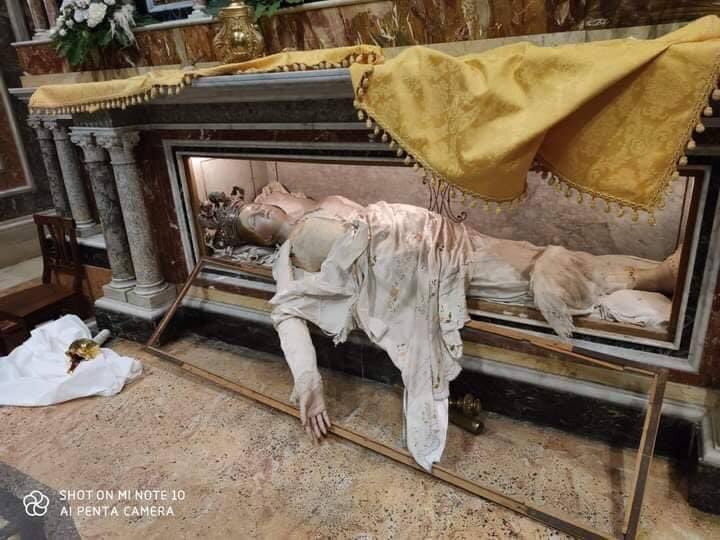 The Church containing the relics of St Agatha of Sicily was recently vandalized and the ‘body’ desecrated by the vandals.

According to local reports, the vandals broke into the Church of St. Agatha al Collegio in Caltanissetta, Sicily, Italy where the relics of St Agatha is and vandalized the tabernacle.

They also stole some religious artifacts and depictions, broke hosts (Holy Communion ) and destroyed the depictions of the Virgin Mary at the alter.

St Agatha is one of the over 250 Saints of the Catholic Church whose body was preserved from decay. They are said to have ‘incorrupt’ body after their body or a part of it showed no sign of decomposition.

Two persons have already been arrested in connection with the incident after some of the missing items were found in their possession.

See more photos from the scene below.