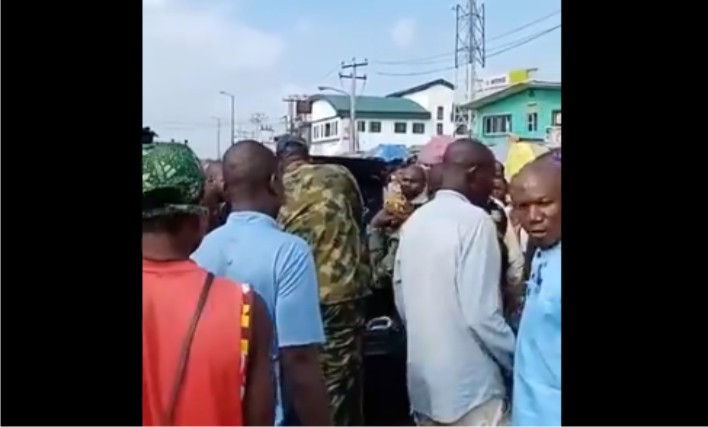 There was a dramatic scene today at Ikorodu Garage in Lagos state after some soldiers stepped in to save a young man from becoming another case of police harassment and brutality.

According an eyewitness who filmed the incident, the soldiers beat up the police men while they were harassing the yet-to-be named young man.

The intervention of the military men raised excitement from members of the public who gathered to celebrate the humiliation of the policemen.

This comes even as Nigerians continue to demand an end to the incessant harassment, extortions, and extrajudicial killing of citizens by members of the police force, especially Special Anti-Robbery Squad (SARS).