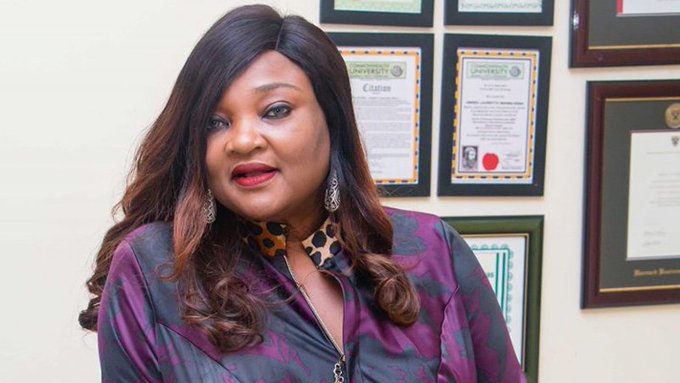 For details have emerged about how Senator Victor Ndoma-Egba’s wife, Amaka, died in a fatal road accident that also killed six others on Thursday.

Reports gathered revealed that a total of seven persons, including Amaka, died in the accident which occured along Ore-Okitipupa road in Odigbo Local Government area of Ondo State. Eight others sustained various degree of injury.

Four vehicles which were reportedly involved in the accident are a commercial Toyota Avensis bus, a Honda car, a truck and a Toyota Coaster bus belonging to the Sports Centre of the Adekunle Ajasin University, Akungba Akoko (AAUA).

Sources said late Amaka and others were among dignitaries heading for a burial programme at Igbokoda in Ilaje local government area.

They were being conveyed in the Toyota Coaster bus belonging to the Sports Centre of the Adekunle Ajasin University, Akungba, Akoko from Benin when the accident occurred at about 9pm on Thursday night.

Witnesses said the truck hit the two cars before ramming the coaster bus into the bush. Amaka and three others in the bus died while three persons in the two cars were also killed.

According to him: “The accident happened around 9:00pm. It involved three vehicles. Four of the occupants of the bus, died three female and one male.

“The accident was caused by loss of concentration and speed violation

Amaka’s husband, Senator Ndoma-Egba was a three-term senator from Cross River State and a member of the ruling All Progressives Congress. He is currently the chairman of the Niger Delta Development Commission (NDDC).

Unfortunately, this tragic incident is not the only one the senator’s family have suffered recently. It was learnt that earlier this year, he lost his mother in-law, mother and his former media aide while his house was also vandalized and massively looted during the #EndSars Protest in Calabar.

1 thought on “Update: How Senator Ndoma Egba’s wife and six others died in road accident”