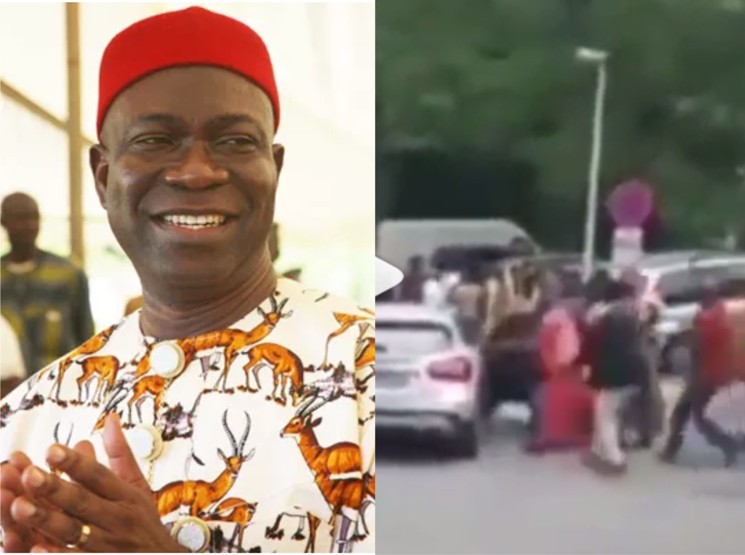 The former Deputy Senate President, Ike Ekweremadu was beaten out of an event in Nuremberg, Germany.

In a video that is going viral on social media, Ekweremadu was seen running away towards his car, away from some men who were attacking him. He was finally able to get into his car and was driven away.

In another video, a man eventually revealed that they are members of Indigenous People of Biafra (IPOB) and ready to hunt down ‘corrupt Nigerian’ leaders whenever they arrive Western countries.

Swipe through and see the three videos below.