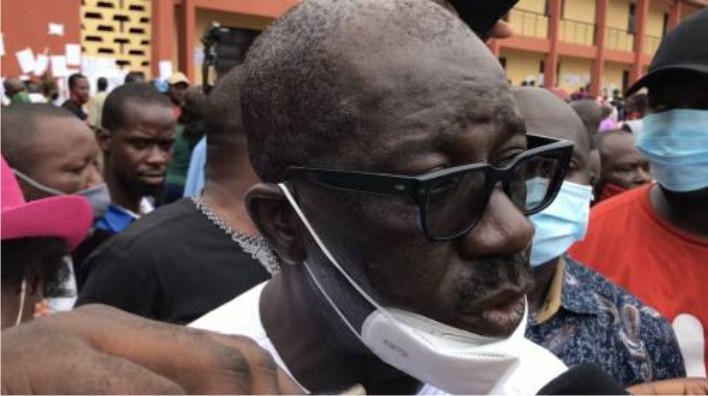 Governor of Edo State, Godwin Obaseki has expressed disappointment over the conduct of the ongoing governorship election by the Independent National Electoral Commission in the state.

Obaseki while speaking with journalists after casting his vote at Polling Unit 19, Ward 4, Oredo Local Government Area on Saturday, said he stayed for over one and half hour on the queue because the card reader was slow.

The governor said he expected better planning by the electoral commission.

“I expected that INEC would have prepared better for this election. I waited for one and half hour on the queue before exercising my franchise, it’s a bit disappointing.

“Giving that this is a sole day election, I expected better planning for this election. Card readers were very slow and that’s the situation everywhere.”